In a positive sign that recovery is underway, centrally located luxury rentals in Toronto and Vancouver are increasing in both demand and in price, according to the latest National Rent Report from Rentals.ca’s and Bullpen Research & Consulting.

“As employees get called back to the office, and colleges and universities announce their reopening plans, demand has increased significantly in central locations, especially in Toronto and Vancouver where bidding wars are being reported again for rental properties,” said Ben Myers, president of Bullpen Research & Consulting. “The luxury rental market is returning, pulling average rental rates up with it.”

Canada’s average rental rent has increased for the third month in a row, rising to $1,752 in July but down 1.1 per cent from a year ago. The market peaked in September 2019 at $1,954, before falling 14.3 per cent to a low of $1,675 in April 2021. The average rental rate has since increased by 4.6 per cent, erasing some of the pandemic-related declines, but average monthly rents are still $200 cheaper than they were in September 2019.

As the country continues to reopen, tenants continue to show a preference for larger units as well as centrally located luxury rentals. 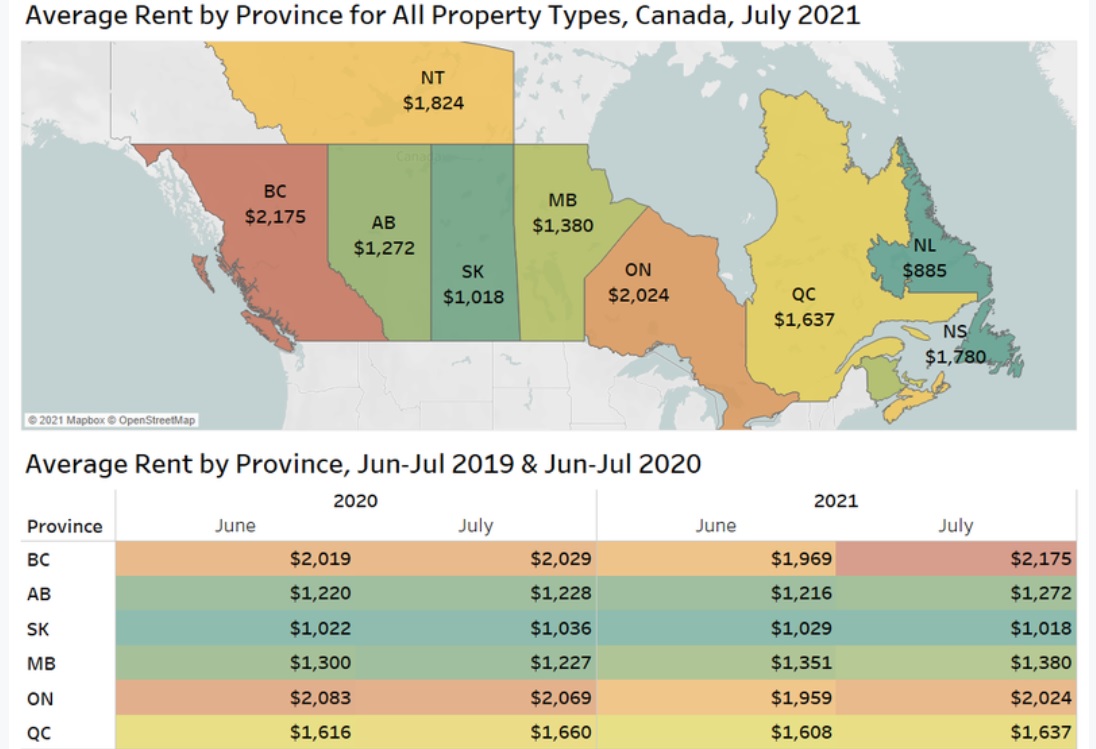