Inside a small office in Toronto City Hall, team members of Fatal Light Awareness Program (FLAP) Canada, a non-profit organization that protects migratory birds in urban settings, are feeding a golden-crowned kinglet and that was injured after colliding into a building in the Greater Toronto Area. There are other injured birds there, along with a freezer full of the not-so-lucky birds that didn’t survive.

Collisions with buildings are a leading cause of migratory bird mortality in North America. In Canada alone, it is estimated that 25 million birds die every year because they fly into human-built structures. Meanwhile, birds continue to be collected across cities every day. Recently, more than 500 birds were recovered over Thanksgiving by FLAP volunteers in the GTA, an area that is a prime migration route.

“The only way the issue will be dealt with is if people embrace it and take the necessary steps to lessen that problem from occurring at their structure,” says Michael Mesure, founder and executive director of FLAP. “There is also a tremendous amount of corporate reputation that will benefit them if they deal with it. No one is exempt from this issue; if you have glass on a building, your building has the potential to kill birds. Period.”

While protecting these birds may not be a priority in the day-to-day maintenance of most commercial properties, municipal bird-friendly standards are only going to get tougher in preventing collisions from happening. Cities like Toronto and Markham have already incorporated such standards, while Calgary and Ontario-based cities, including Mississauga, Ottawa and Vaughan, are working towards the same goal. Meanwhile, organizations like the Ontario Association of Architects has started encouraging members to embrace bird-friendly designs. The issue, it seems, is not so niche anymore, but slowly gaining awareness.

Owners and managers should be on board for good reason. Such measures increase a building’s reputation and tenant relations, satisfy some green certification requirements, incorporate a more holistic view of sustainability and prevent liability.

Under the Environmental Protection Act and s.32(1) of the federal Species at Risk Act, owners and operators of commercial buildings are responsible for undertaking reasonable measures to prevent birds from hitting windows. Buildings that reflect light that fatally attracts birds are in violation of this law.

But even though more and more property owners are integrating visual markers into building facades, design-based strategies found in the Bird-Friendly Development Guidelines under the Toronto Green Standard are still somewhat diluted in favour of aesthetics. Markers should be separated no greater than two inches vertically and/or four inches horizontally, but many are not. Other markers don’t cover within 16 metres of finished grade or offer enough contrast.

“This does nothing to prevent bird strikes,” says Mesure, pointing to such a building in the downtown core. “For a lot of municipalities, it’s baby steps—they don’t want to ask too much of the industry, so they let certain aspects be watered down in order to get buy-in from developers and architects.” 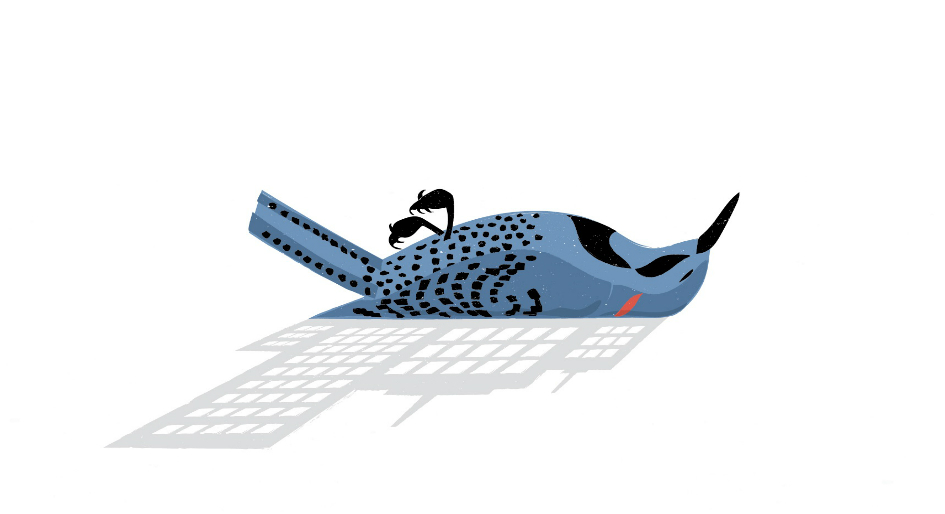 Under the next phase of the Toronto Green Standard, bird-friendly guidelines are anticipated to include stricter requirements, such as more contrast, tighter spaces and the application of visual markers to the exterior surface (first surface) of glass, rather than the second surface, in order to properly disrupt the illusion of a reflective environment or open area beyond the glass. Once these changes are adopted, there is an expectation that industry will be less resistant, and eventually accept and adjust.

But there are also a lot of building owners and managers who want to ensure accuracy and sound methodology. According to Sandra Pakosh, BirdSafe business development consultant at FLAP, the organization receives many calls from industry members looking to assess risk or ask about protocols. BirdSafe standards take municipal bird-friendly guidelines to a higher level. They are continuously updated and leverage FLAP’s decades-long experience in dealing with bird collisions and remediation globally.

These standards also include a comprehensive risk assessment service to test all glass and evaluate about 50 influences from lighting and vegetation to water bodies and design features. While many building managers care about these factors, they most often worry about the costs involved to retrofit.

“When we do an assessment, we are able to determine, based on a building’s façade, what facades pose the most risks and need to be retrofitted and treated,” says Pakosh. “It isn’t always a requirement to retrofit an entire building.”

For now, cost depends on the product, landscape and design of the building itself. Some buildings have a flat façade; others require special machinery, licensed installers or extra labour which increases the cost.

“But as this becomes more common, there will be competition among products and costs will come down,” says Mesure. “It’s slowly getting there, but it will only get there as more people embrace it.”

For consistency, FLAP would like to see a flat-rate standard province-wide. At the moment, each municipality creates its own version of what that standard should look like, which can result in confusion for some architects and developers.

“When we talk to some individual maintenance workers, they will tell you they’ve picked up thousands of dead birds at that one building,” says Susan Krajnc, program manager for FLAP. “But often they report it to management and it doesn’t go any place.”

While it depends on the individual maintenance worker, all too often, most bodies are swept up and never reported to managers. Still, many others contact FLAP asking input for protocol to which they receive a quick response. Security workers are often first responders. They can transport the injured bird to security holding stations located in other buildings, where FLAP volunteers collect them.

From a facility manager perspective, many haven’t identified an issue or see reason to invest in remediation. This makes sense, according to Mesure. They aren’t walking around looking for birds. Unless tenants complain, nothing really gets done.

“What I’ve learned is that the building owners and operators—the ones that do something—aren’t being forced to do something—they get it; they care,” he says. “And that will also depend on how the staff below them responds to the issue.”

Some corporations are finding that safeguarding against bird collisions has myriad benefits. For example, RBC is moving to more daytime cleaning, not only to save money, but to prevent nighttime collisions which do occur. RBC’s WaterPark Place recently won a Canadian Green Building Council Innovation Award for its outstanding sustainability performance, including bird-deterrent solutions using bird-friendly glass.

Aesthetic concerns continue to push science, research and manufacturing to develop new technologies, such as applying the right amount ultraviolet reflective tinting that birds will see, but humans cannot. This is what industry wants, and what Mesure believes will likely become the industry standard once it’s perfected.

If buildings meet a certain set of bird collision deterrence criteria, they can earn credits in other third party programs, such as LEED and BOMA BEST.

Other buildings are using frit patterns for aesthetic or solar reflectivity purposes to reduce cooling costs on the inside. As a result, they are meeting visual marker criteria for LEED credit. The Markham Civic Centre, for instance, used a film designed for solar reflectivity and incorporated printed markers on the film.

“They not only happened to reduce the cooling cost of that interior atrium; they were saving birds’ lives,” says Mesure. “There are many ways where it can benefit the owner and operator and save energy. Before long, the law is going to be tough enough that it will be difficult to ignore. Until then, it’s an opportunity to look good for doing it, rather than being forced to do it.” 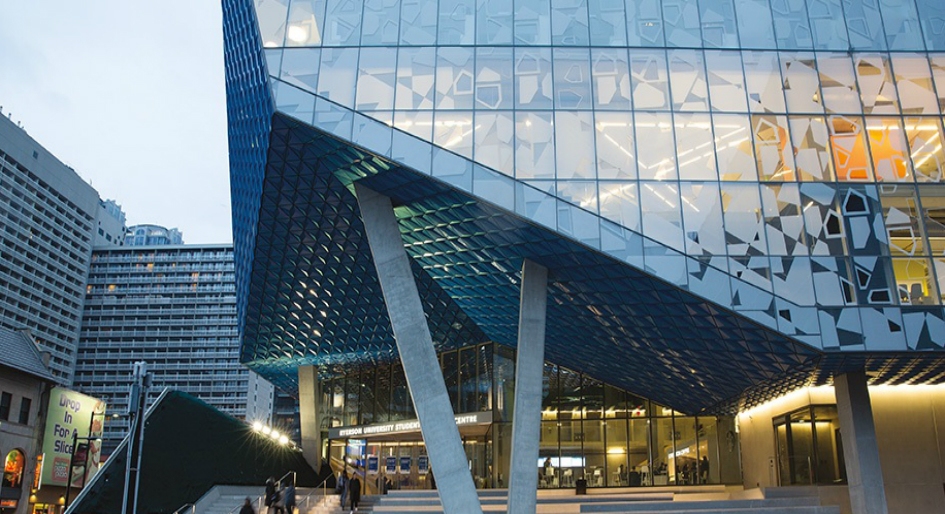 Once visual markers are installed, it’s important to communicate this to tenants and the public as well. When inquiring about sustainable initiatives in a building, prospective tenants are starting to ask about bird collisions as well, rather than viewing it as a pest control issue.

“There are buildings that applied markers to their windows, and the public don’t have a clue what it means, or they might not notice them,” says Mesure. “Put a plaque up in your lobby or window. Tell the public what these markers are about.”