The average rent for all Canadian properties listed on Rentals.ca in February was $1,714 per month, down 6 per cent from $1,823 in February of last year. For landlords, that could be a positive sign given it is the lowest annual decrease reported in the past nine months. From June 2020 through January 2021, rental rates have been down on average between 7 per cent and 9.5 per cent.

More encouraging news is that after a year of pandemic restrictions leading to average rental rates in Canada hitting bottom, rates for single-family, townhouse, and rental apartment properties all increased in February. Vancouver remains the most expensive city for renters looking for one- and two-bedroom homes on the list of 35 cities ($1,891 and $2,568 respectively) while Toronto finished second ($1,808 and $2,388).

Vancouver and Toronto are also the top two priciest cities for condominium rentals and apartments, which didn’t fair so well compared to other housing types.

“The condominium apartment market continues to weigh down the overall rental market in Canada, with huge year-over-year declines in average rental rates in BC, Quebec and Ontario, especially for tiny studio apartments,” said Ben Myers, president of Bullpen Research & Consulting. “Investors have been in a race to the bottom for several months, whereas the more institutional owners of the mostly cheaper rental apartments have been more patient in reducing rent, often using this opportunity to renovate vacated suites.”

All 20 of the Canadian neighbourhoods with the biggest declines in average rent levels over the last year for all property types were in the Greater Toronto Area. 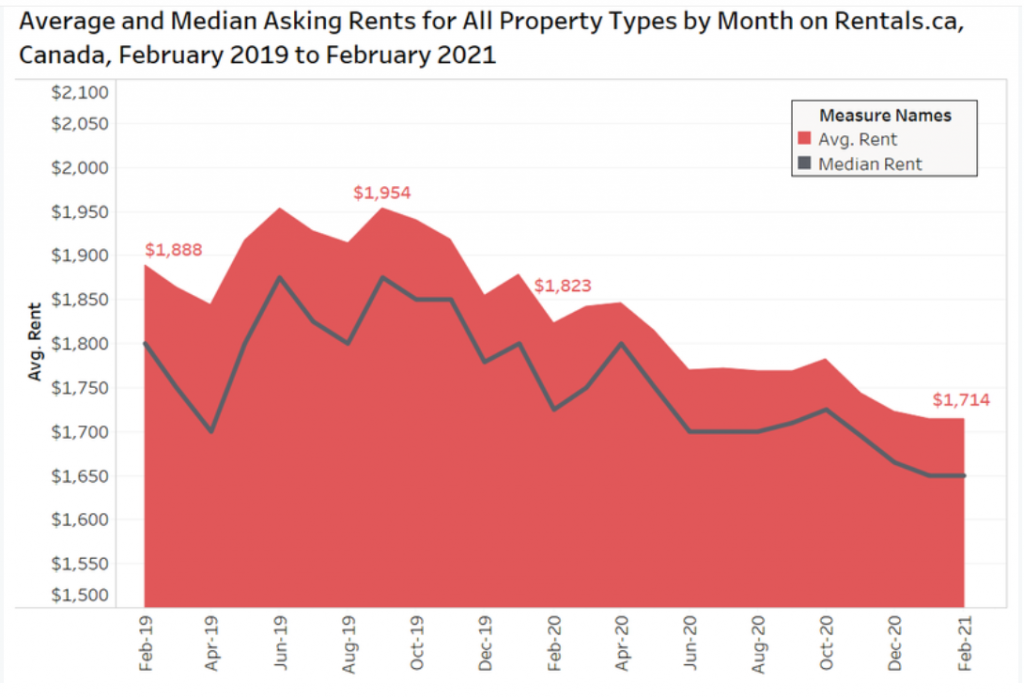