New data from Rentals.ca shows that affordability for low-income Canadian renters is worse than what was reported in mid-July by the Canadian Centre For Policy Alternatives (CCPA).

The August National Rent Report,  produced by Rentals.ca and Bullpen Research & Consulting, shows that a Canadian making $13 an hour would have to work 62 hours a week in order to afford the average lower-cost rental if he or she were to maintain the recommended 30 per cent rent to income ratio. 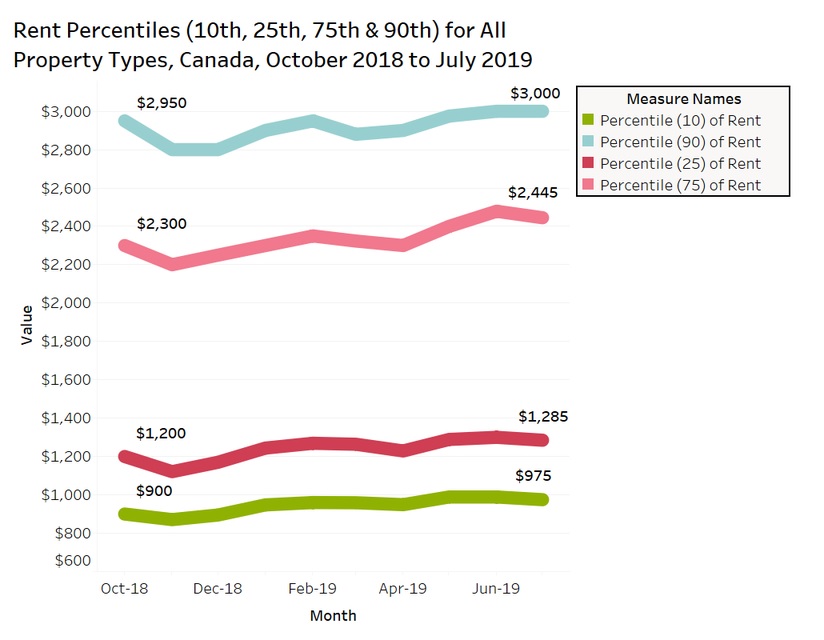 The CCPA’s “Unaccommodating – Rental Housing Wage in Canada” report uses data from the Canada Mortgage & Housing Corporation, which calculates rental rates on mostly all units, including those under rent control. The data from Rentals.ca comes from the asking price of landlords for vacant units, which CCPA points out are “almost always higher” than occupied apartments.

Rentals.ca data from October 2018 to July 2019 confirms this is true not only for unoccupied apartments, but also for all other vacant rental types. The rapid rise in rental rates over the last 18 months, brought on by increased immigration, solid job growth, and the mortgage stress test has impacted low-income workers the most.

As more than 250,000 new housing units are added to the Canadian market, the rent growth experienced since early 2018 should slow down. This is near the highest level of construction in the country in over 25 years.

Other key takeaways from the August national rent report: