For building owners and operators on the west coast of Canada, retrofitting for seismic resilience is nothing new. It refers to the modification of existing building structures to make them more resistant to strong ground motion and soil failure due to earthquakes. In most other parts of Canada, the practice is far less common given that the expected level of ground shaking is much lower. But, as history has shown us time and time again, no one is ever completely safe from a major natural disaster.

Dennis Gam, MEng, P.Eng., Principal at RJC Engineers’ Vancouver office, is a wealth of knowledge on the unsettling topic of earthquakes. He and his group provide a range of consulting services related to existing building projects, from seismic assessment and structural upgrades to risk mitigation planning and post-event damage evaluation.

“In Vancouver, municipal pressure to improve seismic resilience is stronger than ever,” he observes. “For the last 20 years, regulatory bodies have been pushing building owners to undertake seismic upgrades whenever significant renovations are taking place, typically triggered by a change of major occupancy. This has been the approach for building structure upgrades for quite some time. Only more recently has the City been pushing for non-structural, building component upgrades, particularly in the context of protecting exits. In most other jurisdictions, however, existing building components are still not explicitly being addressed.”

Chances are, it won’t remain that way for long. According to Natural Resources Canada, Southwestern British Columbia is one of the most seismically active regions in the country. Approximately 400 earthquakes occur in the vicinity extending from the north end of Vancouver Island to Seattle, Washington each year—however, only a dozen of those are felt by people, as many of the larger earthquakes occur offshore, and often at a great depth. Earthquakes capable of causing structural damage happen about once every decade. (By comparison, only three earthquakes over 2.5 in magnitude have been recorded in the southern Great Lakes region of Ontario in the past 30 years, with none resulting in damage.)

“Buildings are designed to resist the worst-case wind and snow event that can occur over a 50 year period,” explains Gam. “Statistically, there is a 2% chance in a given year that we will experience an extreme snow or wind storm. But unlike snow and wind, earthquakes are unpredictable in terms of both frequency and strength. This increases the need to design for and anticipate rarer and potentially more damaging seismic events.”

Gam points to the 1994 Northridge Earthquake in San Fernando Valley, California. At a magnitude of 6.7, the 20-second earthquake caused the collapse of several buildings and the closure of multiple acute care facilities, the bulk of the damage resulting from structures with unbraced or poorly braced building systems.

“In the event of a similar earthquake today, older buildings without a well-defined, or purpose-designed lateral force resisting system, would have a higher risk of collapse,” he says. “Among those with more defined lateral force resisting elements, buildings constructed after 1990 are less likely to collapse, but will still be subject to significant damage that could render them unsafe to occupy.”

According to Gam, the building industry runs on a balance of “safety versus cost.” Building life span is often defined as the point where building maintenance costs meet or exceed replacement cost. 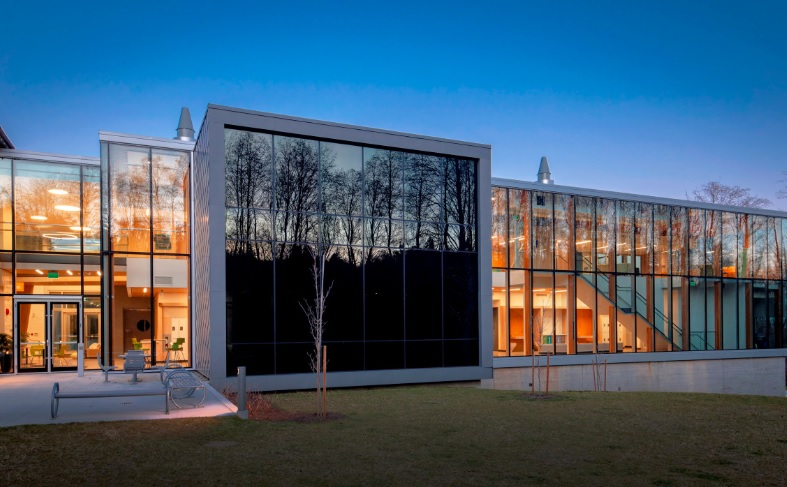 “Based on an expected building life span of about 40-50 years, building codes are structured around ‘life safe’ performance as a base line approach,” he explains. “This means that the building will not collapse and will protect and allow for safe egress by building occupants. However, it does not ensure continued occupancy, and there is always the possibility that the building could be irreparable.”

For buildings that are required to survive and function after a major seismic event (i.e. fire stations and hospitals) the “Importance Factor” in most building codes will increase the design forces and apply other restrictions that enhance the building’s performance to help ensure continued occupancy and function.

No matter what type of building you operate, Gam recommends striving for a seismic resilience approach across the following three areas:

• Building Structure – This type of seismic upgrade involves retrofitting major parts of the building to prevent collapse or minimize damage to a point that would facilitate continued normal operation immediately after an event. It is by far the most costly disruptive means of addressing seismic risk. Incremental cost of upgrades can be reduced when the work is combined with other projects such as re-roofing, where critical parts of a building are exposed and more easily accessible for repairs.

• Building Components and Systems – New building equipment installed under today’s codes and bylaws are supposed to be seismically restrained. This is intended to prevent injury and minimize damage to equipment and contents. Damage to building systems can result in post event fire or flooding that may be more damaging than the actual ground shaking. Equipment installed to earlier codes may not be adequately restrained, but are overlooked from a regulatory standpoint. “Grandfathering” assumes that existing equipment installed to the code of the day are exempt from upgrading to current code requirements unless they are being replaced or relocated. Efforts by building owners to improve seismic bracing of equipment and systems can greatly assist with post-earthquake recovery after lesser earthquakes that may not be strong enough to threaten the integrity of the building.

• Occupant Preparedness – The ability to sustain one’s self for 72 hours after an extreme disaster event has been the benchmark that more authorities are asking people to strive for. In addition, education about building risk can also assist to give people a better understanding of whether or not they can shelter in place. Understanding that broken glass or crumbling non-load bearing cinder blocks are not indicators of collapse, could mean the difference between sheltering in place or bearing the brunt of a wet Vancouver winter.

In the aftermath of an earthquake, building owners will no doubt want to inspect their properties for damage and determine whether the structure is safe. But Gam cautions that every building is different; therefore what may trigger alarm bells on one site, may not be so obvious on another.

“Having an understanding of where the loading bearing elements are is essential,” he says. “If a building performs well during an earthquake, the load bearing structure that supports the floors should remain relatively undamaged. Large cracks in concrete columns supporting the floors, or a visible lean of any sort, are probably the most obvious signs of major distress.”

If there are indications of structural damage, calling in a professional engineer is the only way to ensure the building is safe.

To find out more about seismic retrofitting and your existing building, please visit www.rjc.ca or reach out to Dennis Gam directly.