Overall, the Canadian real estate industry continues to be performing well in the back half of 2017, with the apartment sector holding strong. According to the 2018 Emerging Trends in Real Estate report, published by PwC Canada and the Urban Land Institute, one trend we’re seeing a lot of this year is the development of new mixed-use properties by major pension funds and large institutional investors (including REITs). These properties tend to be a combination of commercial, retail, service, and residential, creating brand new, mixed-use communities in Canada’s major urban centres.

Rental properties in Montreal, Quebec City and Halifax remain in high demand. Quebecers have long looked at rental favourably, and the market is particularly strong for those properties that are centrally located where residents can embrace a “live-work-play” lifestyle. Interest in Montreal rental property is so strong, in fact, that mid-sized players, as well as industrial and commercial developers, are beginning to take notice and move into the apartment market. In Halifax, a lot of the rental stock coming online is condo-quality.

Meanwhile in the GTA, product continues to be at a shortage. In its report, Avison Young cited that multi-residential properties were the least-traded asset class in Q3, despite investment dollar volume rising 43% quarter-over-quarter to $475 million. Nevertheless, year-to-date multi-residential sales are up 21% year-over-year to $1.1 billion. 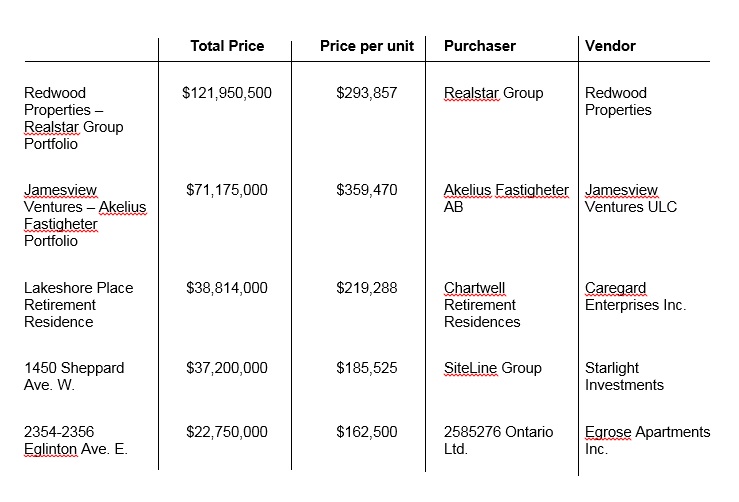