Amid the global pandemic, urban planners around the world are re-evaluating the ways in which our cities were designed through the lens of today’s health and wellness needs. A concept that’s making a surging comeback? The 15-minute city.

Defined as a community where people can work, shop, learn and play within a 15-minute walk or bike ride, the 15-minute city was touted “an economy-booster” in a recent report issued by an international network of 96 megacities on COVID-19 pandemic recovery strategies.

“[The pandemic] is pushing us to do the things we needed to do anyway to move to a more viable, more sustainable version of the economy,” says Ken Greenberg, urban designer, author and advocate. “I’ve rarely seen a concept that’s gained so much interest in so many places, because it just makes so much sense.”

In a recent article by Greenberg, entitled “Is COVID-19 the Accelerator for Walkable Neighbourhoods?” the author traces the profound paradigm shift away from car-based communities and back to people. In it, Greenberg describes his involvement in a planning project for the city of Brampton, one of Canada’s fastest growing, youngest and most diverse cities.

“[We’re working on] a whole activation of downtown, starting very shortly, to do pretty much the same as what’s happening in downtown Toronto and cities around the world,” he says. “We’re giving businesses the opportunity to use additional street space, laneways, courtyards and parking lots to get things going.”

Meanwhile, UniverCity, an award-winning community reaching its final phase of development on Burnaby Mountain, B.C., has been hailed an innovative newsmaker of the year. Set on 65 hectares of Simon Fraser University land, the dense, mixed-use, market-driven community was conceived (pre-pandemic) on the notion that all residents should live 10 minutes from town centre. Home to a projected 8,000 to 10,000 residents, when complete UniverCity will have up to 200,000 square feet of retail, commercial and office space.

Dale Mikkelsen, vice president of development at Simon Fraser University Community Trust says such a tight-knit community builds social and economic resilience. “These 15-minute cities [are built on] strong principles that have been around for a long time, and they haven’t left for a reason,” he says. “Before it was called ‘sustainability,’ it was just called good urban planning.”

Some neighbourhoods in Toronto are also embracing the 15-minute city ideals. In uber-walkable Liberty Village, for instance, Big Rock Brewery has transformed a stretch of dead grass along the edge of its storefront into a popular, albeit makeshift patio. According to Oliver Wheller, sales and marketing rep with the national brewer, the team put together leftover shipping pallets as an impromptu fence, painted it black and decorated it with a string of coloured flags. Five large picnic tables now offer seating for up to 30 guests.

“Before, it was just burnt grass,” he says of the new hangout, where local, work-from-home residents have started to gather. “We’ll have to shake it up in the winter. If anything, maybe we’ll do beer tastings.”

Building pedestrian- and transit-focused neighbourhoods offer an opportunity to make them more inclusive and more accessible to diverse groups. The primary tool needed to get there? According to Cheryll Case, founder of CP Planning, it’s engagement and relationship-building. 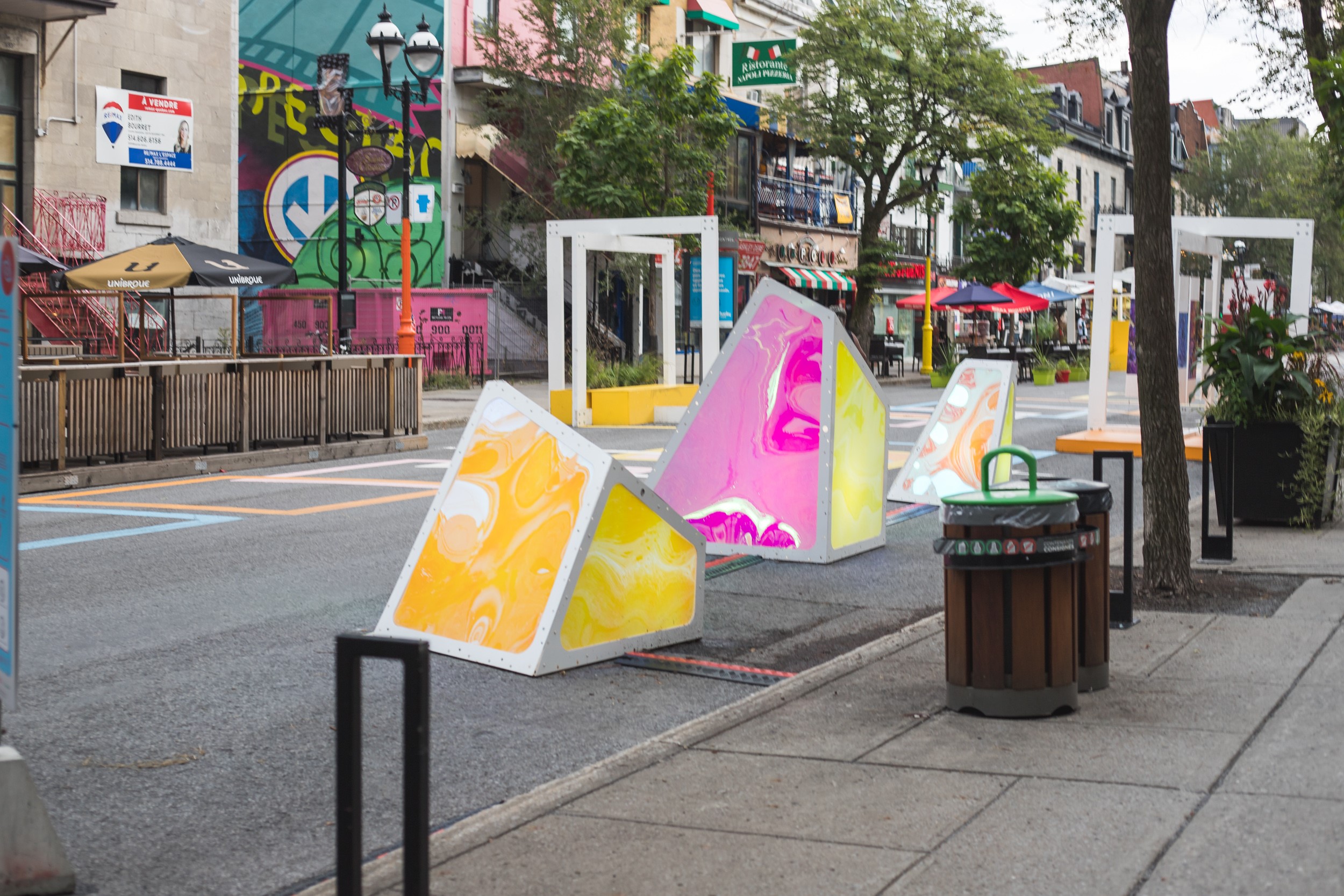 “To enable communities to be as diverse as they can be, essentially reducing barriers to entry, planners have to engage members of those communities as early as possible in the conversation,” Case says. “That is really critical, allowing these people to be open about what their interests are, and not narrow the scope to what they see as required design.”

In her mid-20s, Case is on the cusp between millennial and Gen Z, and she says her peers have different priorities from generations that preceded them.

“I would say that people of my generation care about the environment, they care about social inequality,” she says, “and we understand that a car-dominant society is counter to those goals.”

With less commuter traffic coming in every day, Toronto gave more space to people and bikes. Businesses expanded patios onto sidewalks and lots, bike lanes popped up, and road closures transformed some of the most iconic routes in the city. One staggering figure: Some 40,000 cyclists and pedestrians showed up on a single Saturday in May.

Gil Penalosa, international consultant and founder of 8 80 Cities, loved the idea of closing major roads in Toronto, but noted these routes were primarily in high-income areas. He wants to see a city that connects everyone.

“Why not connect to priority neighbourhoods where low-income people live?” he says. “That would be magnificent. We need to focus on equity, and we’re not doing it.”

With a lengthy pandemic recovery ahead, Penalosa says the time for change is now: “We’ve seen the fewest cars in 50 years. The last time we had this few cars on the road was in the 1970s, when there was an oil crisis.”

Nina Dragicevic is a freelance journalist who writes for national and local publications,  with bylines in the Toronto Star, CBC and Toronto Storeys. She lives car-free in Toronto. For more data and statistical information pertaining to Canada’s rental market, visit www.rentals.ca