There was a time when big companies could easily squash family-run businesses but since the turn of the century many smaller enterprises have stood their ground, capitalizing on their innate strengths. Compared to their corporate counterparts, family businesses tend to adhere to deep rooted values, enjoy closer relationships with employees and direct contact with clients, and are more adaptive and resilient in the face of intense competition, enabling them to better weather economic storms. These characteristics, among others, have served a certain third generation family business in Burlington, Ont., well throughout the years.

While the secret to Sunshine’s success is multi-fold, president Mark Brouwers credits his grandfather, William, for initially paving the way. If he hadn’t taken the entrepreneurial risk in 1952, and persevered during the company’s formative years, there would simply be no Sunshine in southern Ontario.

“He rarely said no to anything,” says Mark, fondly recalling his grandfather who passed away in 2012.

This was no easy feat given William initially had to juggle his newfound venture with his full time plumbing job. But like many immigrants at the time, the Dutch-born father of five embraced the good life Canada had to offer in the postwar years and the opportunity to provide for his family on his own.

Within a decade of its founding, William’s one-man window cleaning business (originally called Sunshine Window Cleaning Co.) began to flourish thanks to the addition of service offerings and growing list of clients, the most significant being a Hamilton-based steel manufacturer.

“Every week he would go to the prospective client’s parking lot and wait for the purchasing agent to ask him if he had any work,” says William’s son Ted. “After about two months, he finally got a job cleaning the change houses and Sunshine’s been with the company ever since.”

This is true of a number of Sunshine’s clients whose relationships span multiple decades.

By the mid-‘70s, Ted and his now-retired brother John joined their father’s burgeoning business and its 75 employees, eventually becoming equal partners in 1990. Upon William’s retirement in 1999, the company’s new management structure was literally decided on a flip of a coin and the newly minted president, John, and vice-president, Ted, led Sunshine into the next century, where it continued to grow at a steady, manageable pace.

Around this time, Ted’s son Mark began working at Sunshine as a part-time warehouse stocker while he put himself through school. But upon graduation, instead of moving up the ranks like his father, Mark decided to blaze his own path and pursue his interest in construction, leaving Sunshine behind – or so he thought. After bouncing from job to job because of the seasonal nature of the industry, Mark began to reconsider his career. Yet, it wasn’t until the summer of 2010 that he finally decided to change course and revisit his family roots, fuelled by an unfortunate workplace incident.

“I approached my employer at the time asking for more responsibilities and I was told, ‘No, you’re good with where you’re at,’” recollects Mark. “The response I received that day made me realize I’d be better off in an environment that challenged me.”

And that Sunshine has. Mark faced a steep learning curve when he returned in November 2010 in a sales capacity; selling services to customers was a far cry from supervising contractors on a construction site. Then he had to manage internal perceptions and prove to his fellow coworkers that he had rightly earned his place.

“I didn’t want to be seen riding the coattails of my dad and uncle,” he says. “I wanted to stand on my own two feet and earn my stripes.”

As an astute observer and hard worker, Mark quickly moved into progressive management positions and by 2013, he expressed partnership interest. With the addition of cleaning industry veteran Bill Houston to the senior management team that same year, John and Ted felt instead it was time to work toward ownership transition, so they began to pave their exit. With Bill serving as mentor to Mark and eventual business partner (effective April 2017), the two brothers slowly moved out of the company limelight so that the new dynamic duo could shine.

“They’ve exceeded expectations,” says Ted, who is set to close the book on his long, storied career at Sunshine when he retires next year. “There’s no doubt in my mind that this company is stronger with Bill and Mark at the helm, and has been for a few years. I can now drift off into the sunset knowing that our customers are better for it.”

Mark’s drive and fresh perspective on the industry, combined with Bill’s wealth of experience in both the janitorial and healthcare sectors, has positioned the pair to succeed. In the last five years alone, Sunshine has increased its revenues by 80 per cent, thanks in part to landing a large contract with a long-term care provider.

“My background opened a new market for us that is quite lucrative,” explains Bill, who spent five years overseeing the environmental services department at Brampton Civic Hospital. “With the provincial government committed to creating another 30,000 long-term care beds in the next 10 years, it provides significant opportunity for future growth.”

One area that Sunshine’s already capitalized on is the education sector, which now comprises 60 per cent of the company’s customer portfolio. By taking a more aggressive approach to growth than their predecessors, Mark and Bill have secured cleaning contracts with 98 per cent of the schools in two regional school districts, almost doubling their business in this market. 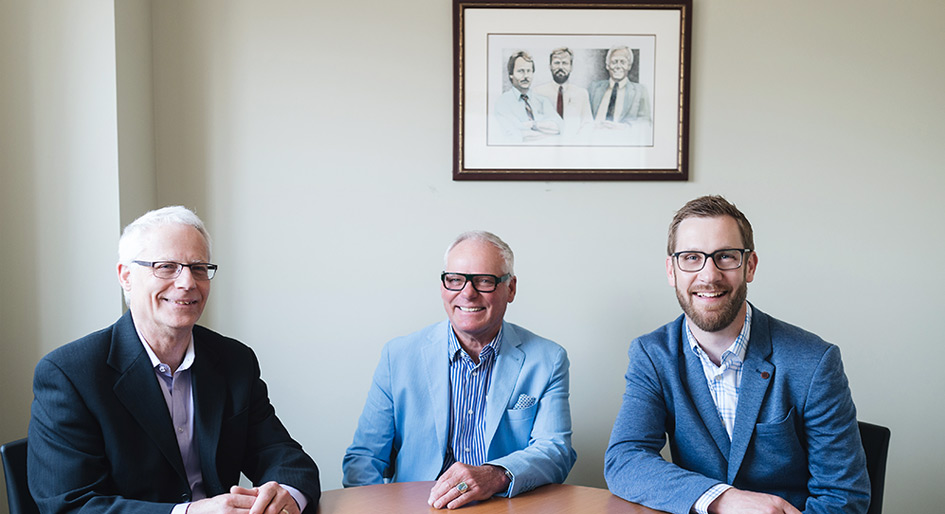 The new management’s recommitment to health and safety has also played a pivotal role in the company’s recent successes.

“We are much more marketable with our improved safety record,” says Bill, noting it’s been four years since the company has had a lost time accident and its injury rate is now a fraction of the industry average.

“This has made Sunshine particularly more attractive in the industrial market,” he adds.

It has also reduced Workplace Safety and Insurance Board (WSIB) costs by 20 per cent.

Bill explains that there was no one thing that Sunshine did to improve its health and safety outcomes, but a top-down approach was key. Safety became a mandatory subject of discussion at all management and operations meetings. When employee concerns were raised or incidents brought to light, management moved swiftly to improve the situation and ensure those incidents did not recur.

“By demonstrating to our employees that we take safety seriously and ‘walk the talk,’ our employees quickly came onboard,” says Bill.

Providing comprehensive training to the company’s more than 400 full and part-time staff has also been important to creating a culture of safety, as has performing regular inspections to ensure compliance with safety policies.

Technology has been useful, too. All of Sunshine’s auto scrubbers have been converted to gel batteries, eliminating the lead acid batteries that present numerous safety issues. The company recently adopted a high-reach cleaning system with 60-foot telescopic pole and camera mount that allows staff to view what they are cleaning above via the camera while their feet remain firmly planted on the ground, preventing bending, back and fall-related injuries. Sunshine also installed global positioning system (GPS) devices on its fleet of vehicles to track people’s driving habits, which has reduced speeding and other traffic violations.

“When our employees are driving, their safety should be their top priority, not whether they’re going to get to a job on time,” says Mark. “If they’re likely to be late, it’s best to call rather than jeopardize their personal well-being.”

Mark and Bill’s genuine appreciation for their staff extends beyond safety. The pair are strong supporters of a living wage, and regularly recognize and reward workers for their efforts and commitment to the company. For instance, every pay period, Sunshine holds a draw and awards a $100 gift card to one employee who has neither missed any days of, nor been late to, work. The company also hosts an annual catered dinner following summer holiday school deep cleaning. Small gestures such as these maintain staff morale and is good for business.

“It has helped reduce our turnover rate to less than 20 per cent per year and improve our quality of service,” says Mark.

The use of Cleantelligent janitorial software allows Sunshine to closely monitor its staff performance to ensure the company continues to go above-and-beyond expectations. The web-based portal also benefits clients as it provides them with access via a personal online account to real-time information about the condition of their site, including project progress, inspection reports, scheduled work orders, and much more.

Always striving for greater customer satisfaction, Sunshine recently obtained CIMS (Cleaning Industry Management Standard) certification. While similar to ISO 9001, an accreditation Sunshine achieved in 2005 and held until early spring 2018, CIMS is the only standard specific to the cleaning industry in Canada and the U.S. Conformance demonstrates a company is structured to provide consistent, high-level janitorial and maintenance services.

Sunshine underwent a comprehensive assessment conducted by an accredited, third party testing agent in March, resulting in the designation being awarded. At the same time, the company achieved CIMS-GB certification. The ‘green building’ component of the certification establishes Sunshine is capable of providing an environmentally preferable cleaning service and assisting clients in earning LEED EB: O&M (Leadership in Energy and Environmental Design for Existing Buildings: Operations & Maintenance) points.

“It pays dividends to be corporately responsible,” says Mark. “Benefits include better brand recognition, positive business reputation, increased sales and customer loyalty, but the bottom line is it’s just the right thing to do.”