A socially-distanced ground-breaking ceremony took place for Galleria on the Park—the mixed-use community that will rise on a 20-acre site at Dufferin and Dupont streets in Toronto’s west end. The plan includes eight mixed-use buildings with almost 2,900 condo residences, 300,000 square feet of retail and the new 95,000 square-foot Wallace Emerson Community Centre.

“We are extremely proud to deliver such a significant project to the City of Toronto,” said Rafael Lazer, CEO of ELAD Canada. “We have always deeply believed in the West End – its rich industrial past, its strong sense of community, and its vibrant arts and culture scene.”

As part of the first phase of the development, Galleria on the Park will include mixed-use towers Galleria 01 and 02, 150 affordable rental units, retail, the community centre and Phase 1 of the expanded eight-acre park. Galleria 01 and 02 are now more than 95 per cent sold of released units.

The towers—a CORE Architects’ design—are clad with dark and rich metals, paying homage to the industrial character of the neighbourhood. The amenities and suites, by design firm U31, feature modern interiors that take cues from the neighbourhood. Family-friendly amenities include an expansive co-working space that doubles as an event space opening out to a wrap-around outdoor terrace, an outdoor pool and a state-of-the-art fitness centre. 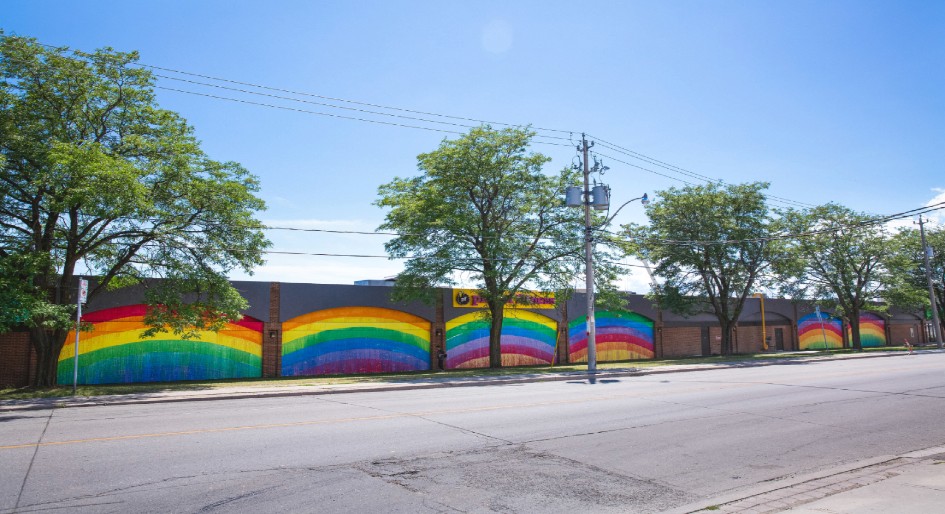