An increasing number of landlords across Canada are refreshing old office space with new build outs in order to attract smaller companies and growth tenants and to remain competitive in markets filled with new office towers and high vacancy rates.

While this concept of office staging isn’t relatively new, Werner Dietl, executive vice-president and regional managing director in CBRE’s downtown Toronto office, has flagged it as a growing trend over the past 18 months.

Overall, repositioning small, vacant spaces around the modern needs of potential tenants, from breakout rooms and kitchens to a mix of open concept and private office areas, helps larger landlords compete with other co-working spaces. And landlords of Class B and C properties can better compete with new builds by offering tenants modern amenities and layouts. Startups and smaller enterprises need flexible and creative options. The idea is that if landlords can quickly provide this ready-to-go space with a short-term commitment, as a result, they are also cultivating partnerships and opportunity along the way. According to CBRE Research, one-third of co-working users expect to graduate to leased offices. Until then, these tenants might not want to sign a ten-year lease or may look to Class B buildings, or even alternative environments.

“Instead of doing that, the tenants can move into traditional office space that is all built out, do a five-year deal and then decide, five years later, to grow within the landlord’s portfolio or move onto something else,” notes Dietl. “It allows a different type of tenancy to come into larger Class A assets. That tenant becomes a client of the landlord who can potentially create solutions for them, and it allows landlords to create a relationship with those growth tenants.”

Efficiency is another attractive element from a tenant perspective. The construction and design timeline to process plans and carve out a suite hinders a company or new division from smoothly transitioning into a functional business.

“Larger tenants typically want to build out their offices themselves, whereas growth tenants are focusing their energy on their company growth and don’t want to be bogged down with the hassle of designing their office space,” Bob MacNicol, senior vice-president of Brookfield Properties, said in the report.

“Another valuable factor is the space is usually built out at a lower price per square foot by the landlord,” notes Dietl,

At least in Toronto, it is estimated that office staging costs a landlord between $50 to $100 per square foot, which is often less than what a tenant would pay because landlords are experienced with build outs and economies of scale. They have also developed relationships with contractors whom they use on various projects, which create better bargaining power. Landlords can expect to get a return on their investment after units are turned over because only minor renovations are usually needed. Meanwhile, higher rental rates ($4 to $10 per square foot) offset the price of the initial renovation.

Growth tenants also create a hedge amongst other tenancies, differentiating landlords against others in the marketplace. These types of tenants are necessarily industry specific, but particularly in Toronto and Vancouver, they tend to work in high tech and media. Dietl says landlords don’t necessarily need to know what kind of growth tenants will be moving in, as long as there is an open plan that can accommodate work stations versus the more traditional private boardroom style.

When creating that space, it is advised not to build it out too excessively. Tenants are attracted to open concept with flexibility to lay out collaboration spaces to share ideas. The space needs to be left open to plan for that type of work station, along with the furniture designs and equipment that may come with it.

“Every business has some form of creativity to it—some more than others —but there is this feeling that an office doesn’t have to be this dodgy vanilla box anymore; you can get creative and have a little fun,” says Dietl. “That’s a payment back to employees who spend most of their time in that space.” 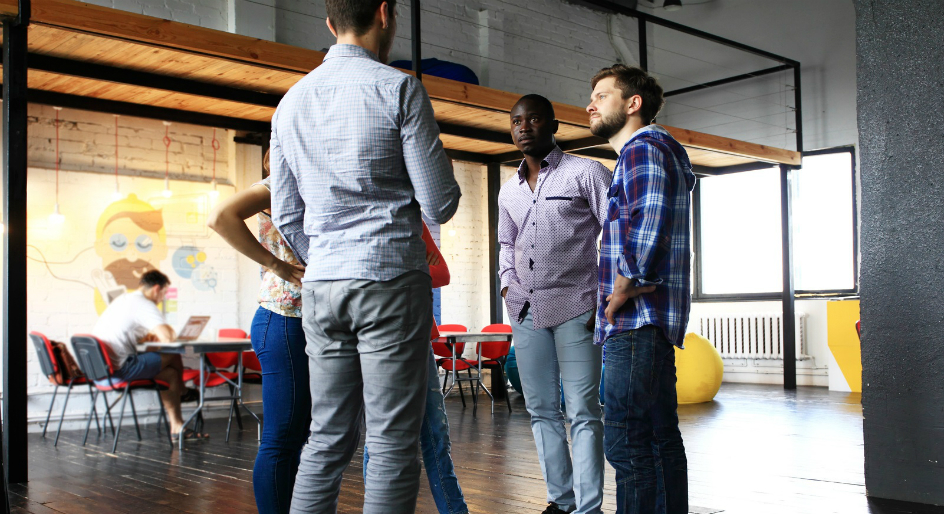 Units ranging from 1,000 to 5,000 square feet are increasing in Toronto and Montreal in order to attract growing companies and fill empty space. In Calgary, because vacancy is up, landlords are building smaller units between 2,000 to 4,000 square feet to compete with subleases. Smaller tenants there are looking for short-term leases in open concept space. (From CBRE report, Office Staging)

1 thought on “Courting tenants with office staging a rising trend”