Groupe Dallaire has unveiled new plans for Le Phare de Québec, a mixed-use development that will be built on Boulevard Laurier and focused around a dynamic public square.

“We have taken the concept a step further to ensure the best project possible,” said Michel Dallaire, chairman of the board and chief executive officer of Groupe Dallaire. “Our teams have worked with internationally recognized architects, and together they have refined the product.”

With a private investment of $650 million, the more than two million square feet of mixed-use space will feature four towers, including residential and leased units, a 150-room hotel and commercial and office space. A main tower will reach 250 metres high. Plans call for a restaurant on the top floor and a public observation deck on the top two floors, presenting Quebec City then and now and offering a spectacular 360-degree panoramic view.

New additions to the plan include a public square that is said to “place a greater emphasis on letting in the natural elements, including breeze and sunshine,” and a 750-seat multimedia concert hall featuring world-class acoustics. Steve Barakatt, internationally-renowned artist, will oversee the hall’s development and content as its creative director.

“Our intention has always been to remain a major player in the development of the downtown business district,” added Dallaire. “Our goal now is to ensure the best possible connection between Le Phare de Québec and the neighbourhood. Our vision goes beyond a simple structure; we view Le Phare de Québec as a living environment. We are building with full regard for the rapid evolution of society and the fact that the Laurier sector will continue to thrive and develop over the coming 30 years.”

Groupe Dallaire is presenting the updated version of Le Phare so citizens to offer informed opinions when the City of Quebec holds its public consultations. 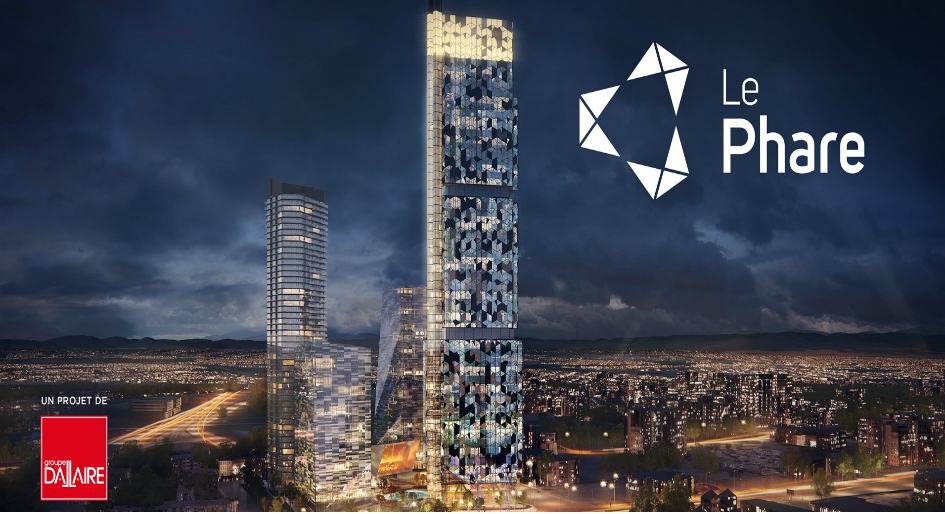