The Independent Contractors and Businesses Association of British Columbia (ICBA) has named Chris Gardner as its new president.

Gardner replaces Gord Stewart, who was appointed to the role in December of last year. Stewart will remain with the organization as a consultant until the end of 2017. Former president Philip Hochstein, who retired at end of 2016, will also remain on in a consulting role until the end of 2018.

“The board believes that Chris has the right mix of education, experience and energy to lead the ICBA in the next phase of our exciting future,” said ICBA board chair Rick Boates. “Just as importantly for the organization, Chris shares a deep commitment to open shop values and to a strong free enterprise economy.” 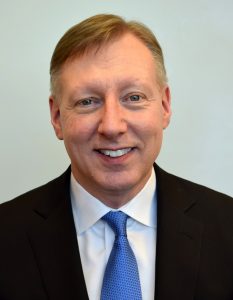 Gardner’s previous roles included working as executive vice-president of modular construction firm Britco and as senior vice-president of Civeo, a workforce logistics company. He also had a role in the provincial government as principal secretary to premier Christy Clark in 2014 and 2015. Gardner has served on the board of both BC Ferries and the Fraser Health Authority.