GTA rents continue to decline for all property types, with condo rentals in downtown Toronto seeing the most significant drop in rates at 16 per cent compared to peak levels in 2019. According to new data from Rentals.ca, on average, a tenant looking to lease a condo in the downtown core paid $400 less in October 2020 versus a year ago.

The suburban communities surrounding Toronto—including Oshawa, Richmond Hill, Brampton, Burlington and Ajax—are continuing to fair better than most downtown neighbourhoods with average monthly rents for all property types declining less than 4 per cent since last October.

But in the harder-hit areas of East York, central Toronto, Etobicoke, Mississauga, Markham, Vaughan, and North York, we are seeing larger declines between 8 and 20 per cent. Scarborough has not been hit as hard, but rental rates were still down 6 per cent from October of last year.

“Average rent in the former City of Toronto continues to decline and will likely finish the year down 20 per cent annually, an unprecedented one year decline,” said Ben Myers, president of Bullpen Research & Consulting.

In January of 2020, studio, one-bedroom, and two-bedroom units were all flirting with double-digit rent growth, but the global pandemic quickly shifted the market, and GTA rents have slowly declined since then. 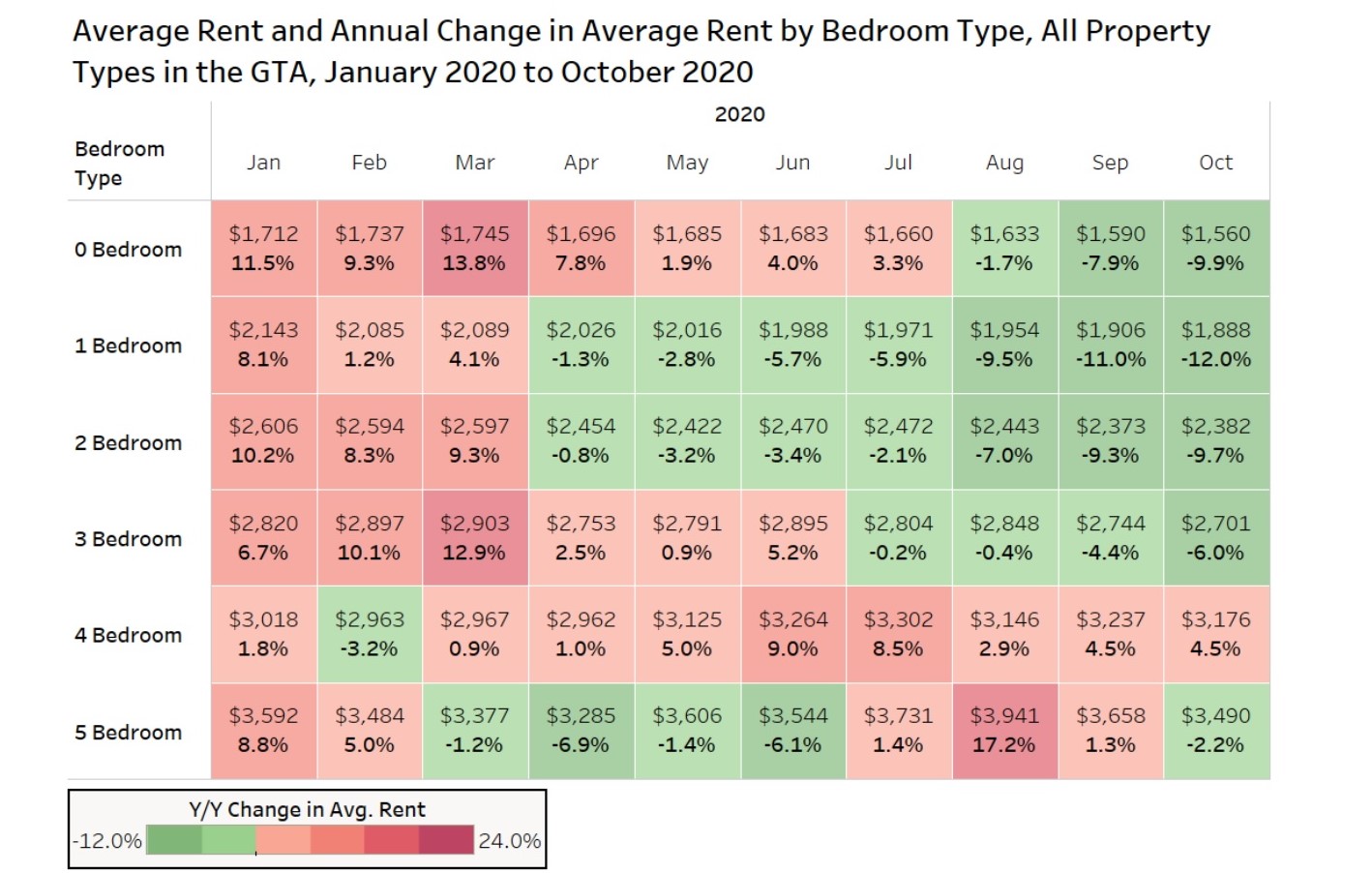