Developers behind M City have broken ground on what will be the tallest tower in Mississauga and the third to rise in the eight-tower, 15-acre, 4.3-million-square-foot master-planned community,

Canadian firm IBI Group designed the 81-storey building to feature a subtle twist at the lower and upper parts of the tower and a dramatic sloped crown at the top. Featuring about 900 units, ranging from 480 to 1,000 square feet, the design is rooted in the context of Mississauga’s downtown.

To define the façade, sawtooth balconies create a black and white diagonal pattern up the building, providing scale, texture and materiality. A sloped and stepped top complements the diagonal balcony pattern and creates terrace units. M3 will also provide close access to abundant green spaces as well as grade-related retail along Burnhamthorpe, and about 20,000 square feet of office space. The building’s design allows for an extensive amenity pavilion that includes an indoor pool and gymnasium, with views of the neighbouring park. 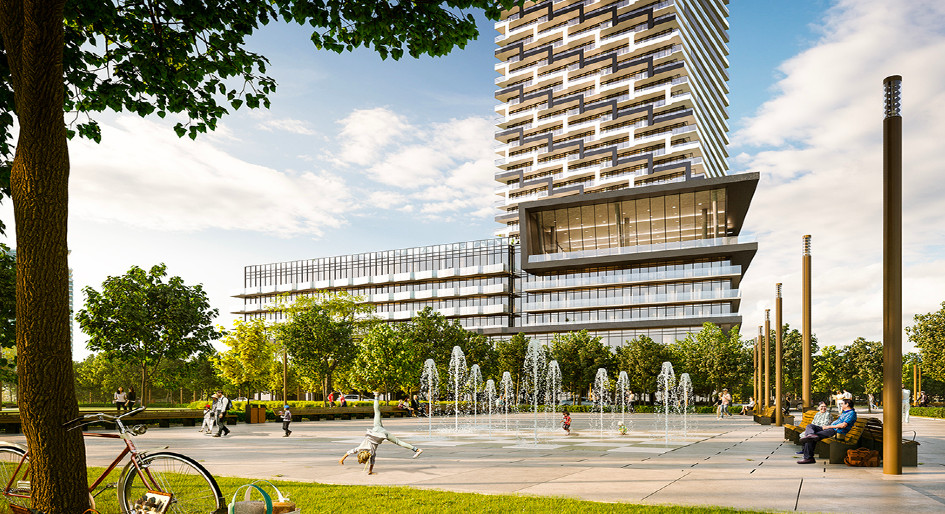 M3 will bring two acres of public parkland onto the site.

M City was designed by urban designers Cooper Robertson of New York, to reflect the city’s own vision for a new downtown and introduce two acres of public parkland onto the site.

“Mississauga’s stature has only grown since we first announced M City, which is a validation of our unwavering belief in this city and our continued commitment to deliver cutting-edge design that resets expectations of what Mississauga should look and feel like,” said John Anderton, vice-president and treasurer of Rogers Real Estate Development. 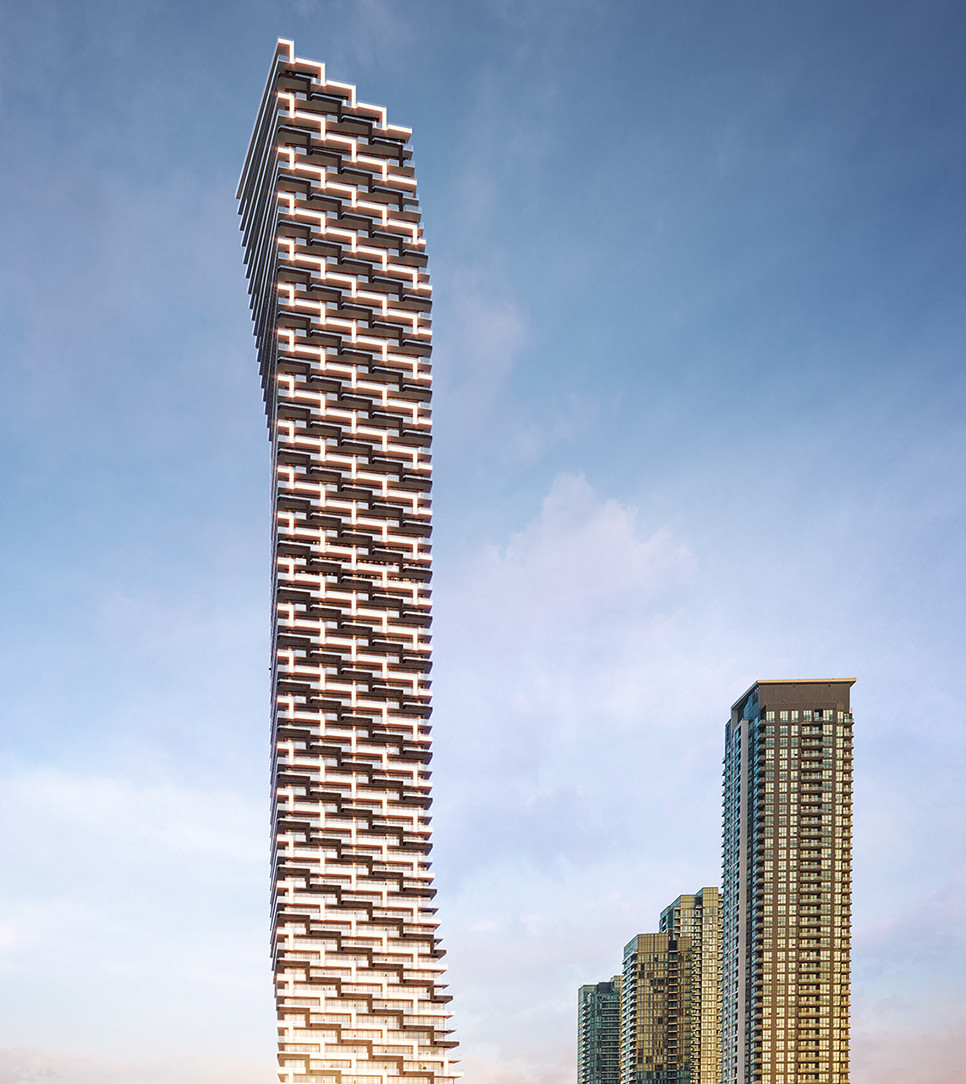