The Government of Canada announced it is contributing $8.8 million toward the construction of the new Royal Aviation Museum of Western Canada in Winnipeg bringing the government’s total funding to $10 million. This is through the New Building Canada Fund – Provincial-Territorial Infrastructure Component – National and Regional Projects.

The 86,000 square foot facility will be built to accommodate current and future artifacts (the museum specializes in preserving, presenting, and promoting the history of aviation development in Canada.)

Located on the Winnipeg Airports Authority’s campus on Wellington Avenue and within minutes of the James Armstrong Richardson International Airport once complete, the general public will have access to interactive spaces, classrooms, a library, special exhibitions and galleries. The second floor will feature an observation deck with views of the aircraft runway and the main aircraft display space on the first floor. 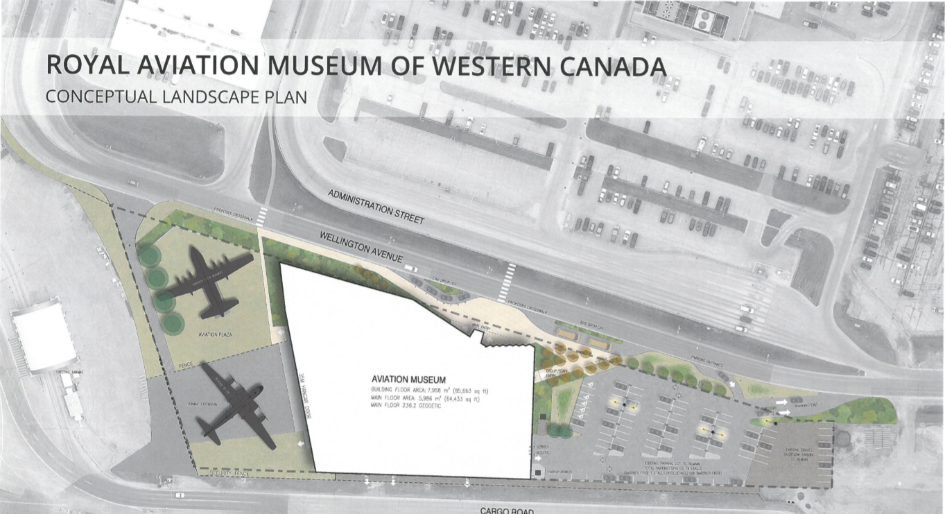 “Cultural institutions play a key role in developing dynamic communities that celebrate Canada’s diverse heritage and ingenuity. The Royal Aviation Museum of Western Canada’s new facility will provide a gathering place for the community and will help to attract more visitors every year. Our government is proud to be investing in projects that preserve culture, spark curiosity and bring people together while contributing to economic growth and community development,” said Jim Carr, Minister of International Trade Diversification, on behalf of the Honourable François-Philippe Champagne, Minister of Infrastructure and Communities in the announcement.

The new museum has also received financial support from the Province of Manitoba, which has contributed $10 million, and the City of Winnipeg with fundraising efforts underway to raise the remaining costs.